Just returned from a very enjoyable few days with  Bestwood MVC in Newquay. Apart from singing in a couple of successful concerts with local MVC’s I managed some interesting bird spots. 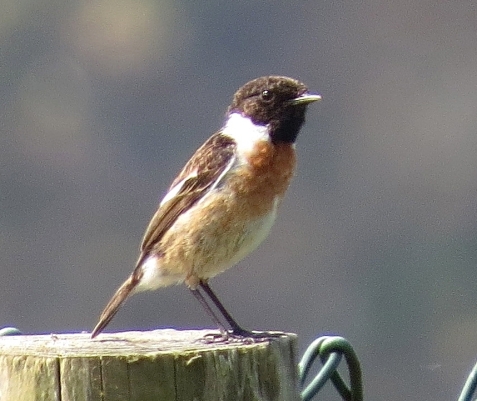 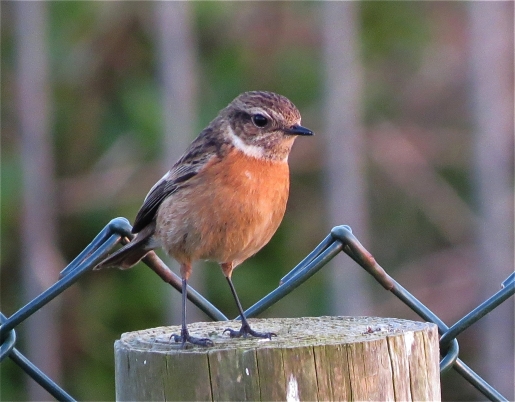 Along the cliff edge quite near to our hotel we were pleased to get several sightings of a pair (or maybe more) of stonechats. We saw some evidence that they were feeding young. The red colouring of the female (on the right) is emphasised by the light from the setting sun (see below).

We saw a couple of kestrels at fairly close range patrolling along the cliff edge. 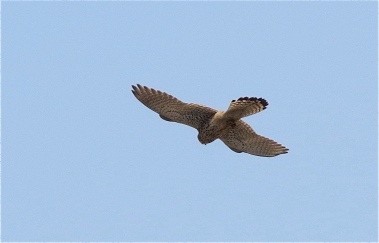 and a pied wagtail typically posed in a car park in Looe (where the loos were out of order!)