On my early walk around Attenborough NR this morning I could see that these two birds were clearly still feeding young. 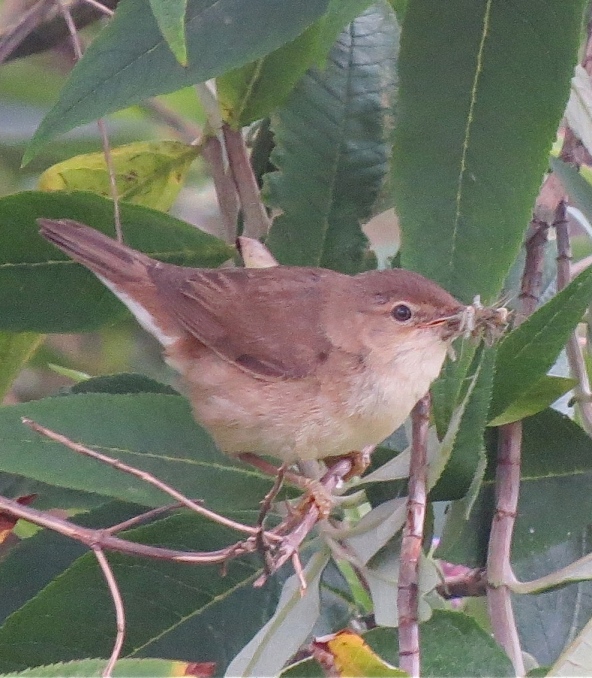 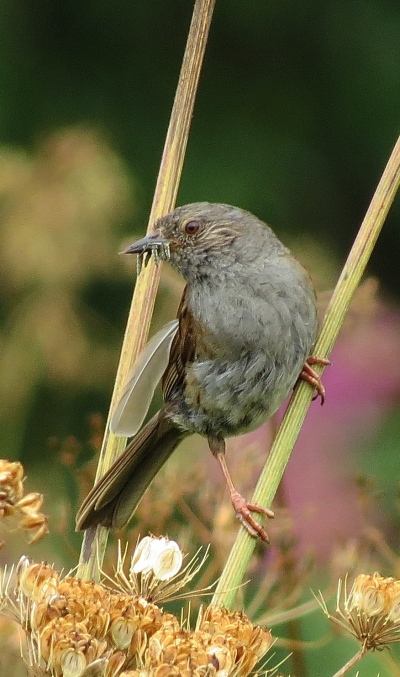 I have had help from a Reserve warden to identify the bird on the left. It is a cetti’s (pronounced chetty’s) warbler. I’m delighted to get a clear shot of this bird because they are rather elusive, often heard but rarely seen. The one on the right is  a dunnock – which looks as if it is losing a wing feather – probably from over work! They both have something of the puffin about them judging by the beaks full of caterpillars they are gathering for their respective broods. 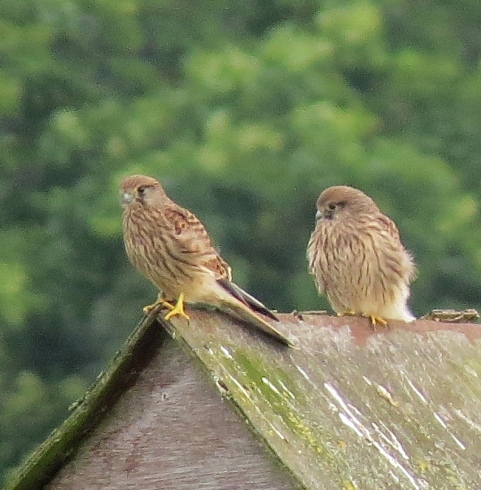 I suspect that  these young kestrels are keeping a sharp eye out for a parent bringing their lunch. They are sitting on the top of the nest-box used earlier in the year by the family of Egyptian geese that featured on the BBC Springwatch Easter Special.