We have now returned from a trip to the Isle of Man, our Golden Wedding celebration vacation. We stayed in Heysham (the port near Lancaster) on our outward and return journeys where the beach was a treasure trove of wildlife – 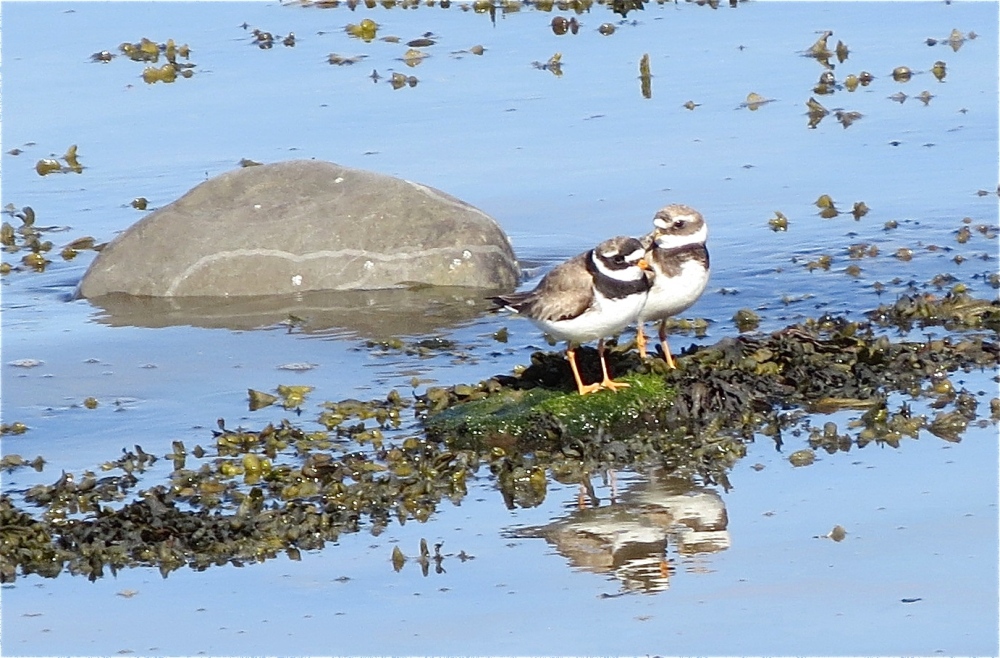 These ringed plovers were among a group of half a dozen including at least one juvenile. Other beach residents were various gulls, oyster catchers, redshanks, lapwings and grey wagtails.

There were spectacular sunsets over Morecambe bay on both evenings.

On the Isle of Man we were delighted to have a sea view room (at no extra charge!) It is not often that you can watch curlews, redshanks and oyster catchers from your bedroom window. I did take photographs but I am only sharing the more unusual spots – taken from ground level.

These two members of the crow family are (l-r) a hooded crow and a chough.

Peel Harbour had a small group of eider ducks. Some may have been males but lacking the distinctive breeding plumage it is difficult to be sure. Many (if not all) ducks go through what’s called ‘eclipse’ after breeding where the male plumage is a nondescript brown.

Finally it was good to see a small group of rock pipits among the rocks (appropriately) on the shore in Douglas. 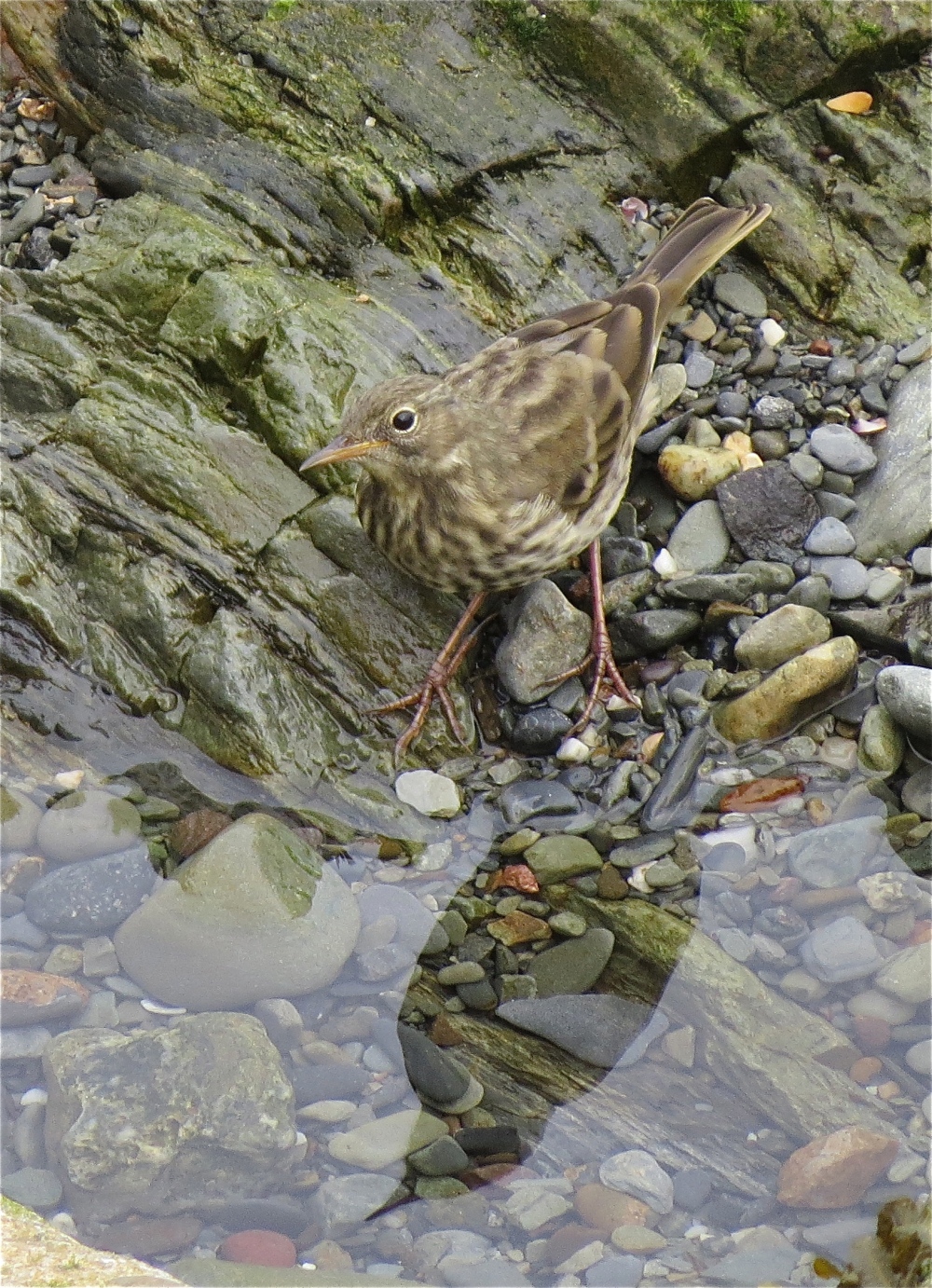 It’s about the same size as a starling. I like the way its shadow revels an outline of the bird on the pool bottom and those feet are ideally adapted for scrambling over the rocks.